(excerpt from L'Osservatore Romano article on the Opus Angelorum, March 2011) 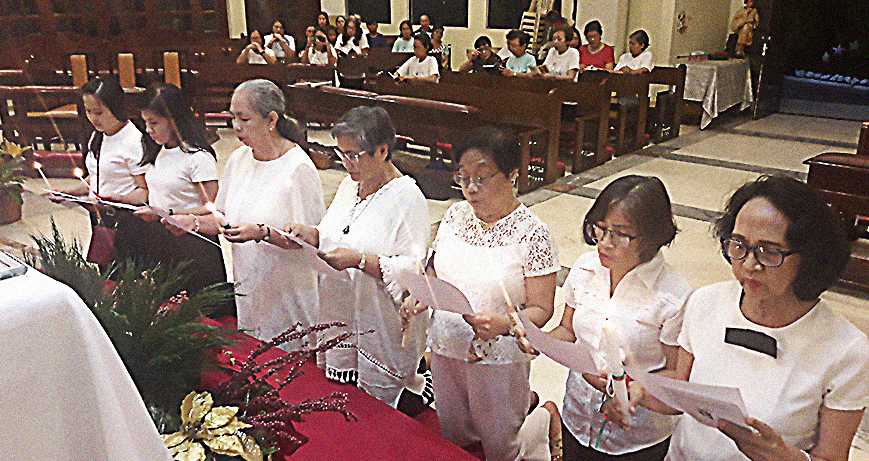 The Consecration to the Holy Guardian Angels

In fact, by faith and the theological virtue of charity, it is possible for the faithful to “live together” with the holy angels as true friends, and thus also is made possible an intimate spiritual collaboration with them for the goals of God’s plan of salvation in relation to all creatures, especially since on the part of the angels their cooperation in all our good works is guaranteed.

This living together and spiritual collaboration of the faithful with the holy angels, in which consists, according to the above-mentioned statutes, the proper “nature” of the Opus Angelorum, obviously demands not only faith in and a love for the holy angels --- and in the first place for one’s own Guardian Angel --- but also the prudent application of the criteria for the “discernment of spirits”. Regarding this is found the following opportune explanation in the Compendium of the Catholic Church: “As in the vision of Jacob’s ladder --- “God’s messengers were going up and down on it” (Gen 28:12) --- the angels are energetic and tireless messengers who connect heaven to earth. Between God and man there is not silence or a lack of communication but a continual conversation, a ceaseless personal exchange. Men, to whom this communication is addressed, have to sharpen their spiritual ear to hear and understand this angelic language which prompts good words, holy sentiments, acts of mercy, charitable behaviour, and edifying relationships."

The Opus Angelorum is founded on the unconditional readiness to serve God with the help of the holy angels and has as its goal the renewal of the spiritual life of the Church with the angels’ help in the so-called “fundamental directions (or dimensions)” of adoration, contemplation, expiation and mission (apostolate).

The help of the angels and men’s union with them allow the latter to live their faith better and to bear witness to it with greater strength and conviction. Indeed, the holy angels continually contemplate the face of God (cf. Mt 18:10) and live in constant adoration. Therefore, in a particularly efficacious way they can illumine the faithful who consciously open themselves for the angels’ action. These faithful are helped by the angels to contemplate in faith the divine mysteries: God Himself and His works (theologia and oikonomia), so as to grow in the knowledge and love of God, to remain in his presence and to actualize a particularly reverend and loving adoration, dedicating themselves to the greater glory of God. Hence adoration, especially Eucharistic adoration, isheld in the first place in the Opus Angelorum.

Just as Our Lord Jesus Christ Himself was strengthened by the heavenly Father by means of an angel to bear the redemptive passion (cf. Lk 22:43), so also the members of the Opus Angelorum rely upon the help of the holy angels in following Christ with expiating charity for the sanctification and salvation of souls, and especially for priests. Thus, there is in the Opus Angelorum the pious practice of the “Passio Domini”, that is a weekly time of prayer (Thursday evening and Friday afternoon) in which the members unite themselves spiritually with the Redeemer in the mystery of his salvific passion. Christ crucified and risen is the center, both for men as well as for the holy angels.