St. Raphael’s Priory – Our Presence in the Philippines. 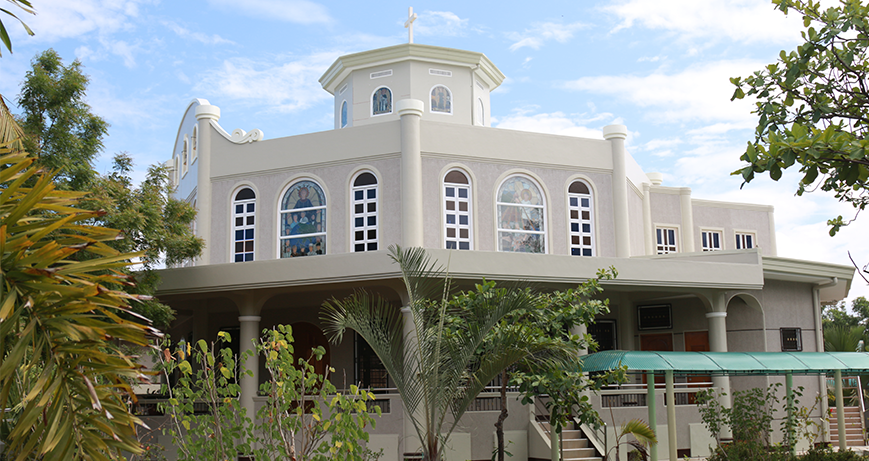 First OA missions in the Philippines

In the 70s and 80s, first Opus Angelorum missions were done by some of our priests in several parts of Asia, including the Philippines. Lay people and religious joined the OA by the consecration to the Guardian Angel, which was promoted by priests and lay people in Manila, Cebu and Bicol. Also some Filipino priests were dedicated to spread the consecration to the Guardian Angel.

Upon invitation of some Filipino lay people, the Order came to the Philippines in 1991, and a house was established in San Marcelino, Zambales, Philippines, Diocese of Iba, with the permission of the then bishop of Iba, Most Rev. Bishop Deogracias Iñiguez.

After the Pinatubo eruption, the house was transferred to Candelaria, Zambales, where the Order placed its house under the patronage of St. Raphael Archangel: "St. Raphael's Priory". From 1993 to 2009, it offered to thousands of young people and adults from Zambales and Pangasinan and other provinces a place of spiritual retreats and recollection.

Since 1992, the Order of the Holy Cross has its community here in the Philippines at St. Raphael’s Priory, in the beautiful nature of Zambales, near the sea shore.

The community lives a life of adoration, contemplation, expiation and mission. In the center of the Priory stands the Cross, sign of God's supreme love and of victory. Jesus Crucified and Eucharistic is the center of the life of the Order.

On March 25, 2011, the Sisters of the Holy Cross established their community. Also the Sisters live a semi-contemplative life in Eucharistic Adoration and expiation and support the priests in their apostolate.

Though independent and autonomous communities, we build one family with the same spirituality.


Propagation of the Opus Angelorum

After the approval of the OA statutes by the Holy See in 2008, the Order of the Holy Cross is now actively promoting the Opus Angelorum in the Philippines. We spread Angelus Youth (devotion to the Guardian Angel) among young people in schools, colleges and universities. We give talks about the devotion to the Holy Angels according to the doctrine of the Church in parishes, seminaries and to Catholic groups and invite religious, priests and lay people to consecrate themselves to the holy Angels. We offer recollections and retreats in the Opus Angelorum spirituality.

In the Diocese of Iba, Zambales, we promote Pastoral Care for Children program. It focuses on children's integral development: children’s health, education, nutrition, citizenship, but as most important element it has the spiritual development of the whole family as well as the communities. The program accompanies families and pregnant women through visits, evangelization through the word of God, and reducing mortality and malnutrition of children. At present the PCC in the diocese reaches out to 1684 children and 1159 families.